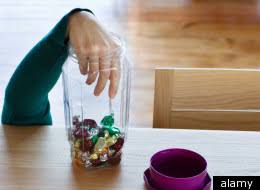 I was a bonafide thief at age 6.   Although learning at home that we did not take things from our siblings unless given permission didn’t sound like stealing in my small world.   I didn’t do things like that.  No one in our family did.

At least not until my first grade teacher, Mrs. Eckland, taught us many things that  she wrote on the blackboard.  She used different, pretty-colored chalks and left them on the bottom ledge when she was done.  She taught us math in one color and writing using the Palmer method in another color , and English in another.   The ledge was along the wall where we lined up each afternoon to be dismissed to go home.  The pretty colored chalk made a rainbow along the ledge – I had never seen colored chalk before – I only knew the white variety.   In my small mind, I figured if a chalk piece was  very small compared to other bigger pieces, Mrs. Eckland probably just threw them away anyway and I could help her keep the ledge clean if I took them home.

Even at 6 years old,  we neighborhood kids all wrote and drew pictures on every unmarked slate sidewalk.  It wasn’t hard to imagine what beautiful pictures I could make with the many different hues – pink, yellow, green, blue, violet — just sitting there waiting to be creative.  I was careful not to be seen picking up the chalk and furtively stuffing it into my pocket – always picking up the smallest ones, thinking they would not be missed.   I was very sneaky about it.

In a few months, I had my glass jar at home almost filled to the top and couldn’t wait until I made some sidewalk masterpieces.   I hadn’t yet, because something inside me (my young conscience maybe?) made me hide the chalk jar from my family.

One day after school, my 10 year-old sister, who was making her First Holy Communion decided to give her younger sister (me) a dissertation on the 10 Commandments.   She went through them and explained each one, and when she got to the 8th one, Thou Shalt Not Steal, I was all ears.   When I asked her ‘what is stealing?’,  she explained it could be cheating on tests, or taking something that belonged to someone else, keeping it and not returning it.  Yikes!  That was me!

The chalk jar ceased to be a treasure to me.  I didn’t want them anymore.   I didn’t know what to do with them; and became much worried that my mother would find it and have me arrested.  Or worse, tell  Mrs. Eckland who might cry and not like me anymore.  Maybe I couldn’t go to school anymore and I loved school!  Since no one knew I had taken – yes STOLEN them – I had all this chalk; I had to find a way to bring them back.

And I did.   The next day and every day thereafter, I would bring back a couple of pieces and take them stealthily from my pocket and leave them on the ledge like they were hot coals.   Sometimes, I would leave 3 or 4 at a time, never, ever thinking that Mrs. Eckland could have been very aware of the extra tiny chalks left in the same place on the ledge every day.   She never said anything.

In a few weeks, the chalk was all returned, I threw the jar away, and vowed never to steal again.  And I never did.  The feeling of relief that I was cleared was wonderful until my sister taught me next that when people sinned against the Commandments, they had to go to confession and tell the priest.   Oh no, I thought!   He’ll think I’m a crook.  He might tell my parents and they’ll put me in a home for bad children.  Despair rose up in me again – but then she explained that when one was my age it wasn’t a sin yet if they didn’t know better.    Whew.   But now I knew.